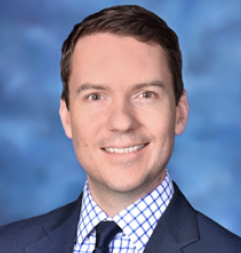 ﻿Dr. Chapman joined Radiation Oncology Associates in 2019. Prior to joining ROA, he was on faculty at Harvard Medical School’s Beth Israel Deaconess Medical Center Department of Radiation Oncology. There, Dr. Chapman led the Head and Neck cancer service line, and specialized in the treatment of gastrointestinal malignancies, with a particular focus on those of the hepatobiliary tract (liver, bile duct and pancreas cancers). He brings experience and expertise in the use of RapidArc IMRT and IGRT for the conformal treatment of Head and Neck cancers, and has a particular interest in Stereotactic Body Radiation Therapy (SBRT) for hepatobiliary tumors using the CyberKnife™ robotic radiosurgery platform. He has published numerous research articles and book chapters on various topics in radiation oncology, including the treatment of head and neck cancers, liver cancers, and emerging technologies in radiation oncology (radiosurgery and proton beam therapy).

Dr. Chapman grew up in Exeter, United Kingdom, and earned a First Class (Hons.) Masters of Pharmacology from the University of Bath (United Kingdom) before spending a number of years conducting pre-clinical research in both immunology and oncology in the biotechnology industry. He received his medical degree from Tufts University School of Medicine, where he was elected to the Alpha Omega Alpha Medical Honor Society. He went on to complete an Internal Medicine Internship at a Tufts Affiliate Hospital, and a Radiation Oncology residency at the University of Washington Medical Center, where he was honored with the title of Chief Resident.